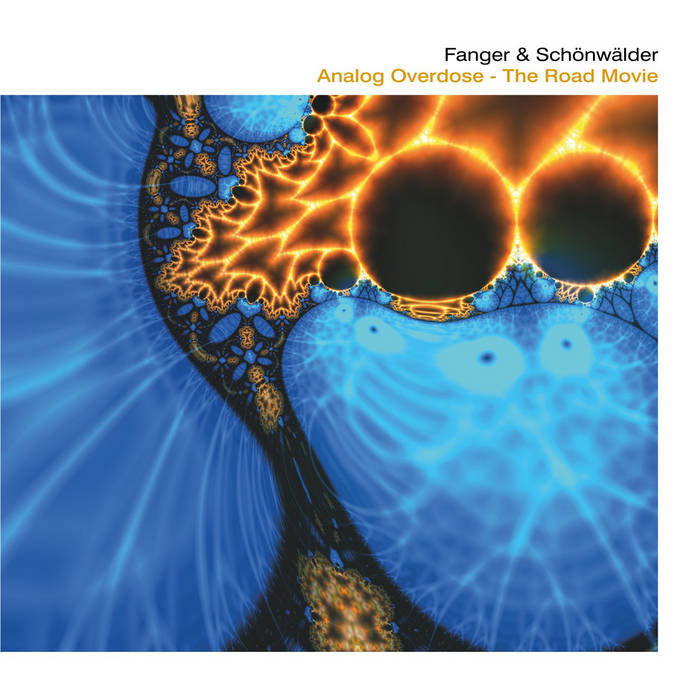 Reviews:
This long-playing DVD collects five different performances from contemporary Krautrock electronic composers Thomas Fanger and Mario Schönwälder. They were recorded between 2007 and 2008 across the various cities that the individual performances are named after.

Whilst the music is uniformly superb, the idea of watching a DVD of two guys sat at keyboards obviously isn't the most stimulating. So as part of the intense and eclectic performances there are plenty of visuals, footage of the individual cities, as well as specially created cinematic backdrops that merge with the music to create a multimedia whole.

That is what Fanger & Schönwälder are putting across here in their live performances. Unlike a traditional rock show, it isn't just about the band; here the music is naturally central stage. The composers and performers are almost anonymous engineers, creating these euphoric, grandiose, widescreen soundscapes designed to fill the rooms. With the visual accompaniments as well, it's as if every night they are creating a new soundtrack to a different film.

On the Frankfurt section the pair is joined by occasional collaborator Klaus Cosmic Hoffmann on the mellotron, which enhances their already impressive sound. The finale of the road movie is Berlin, where an epic soundscape, mixed with superb visual accompaniments, pulls together as a coherent, ambient audio-visual spectacle.

That's what this film is about, it's as much about the imagery as the excellent music on show, and that is the next best thing to actually seeing these guys live.