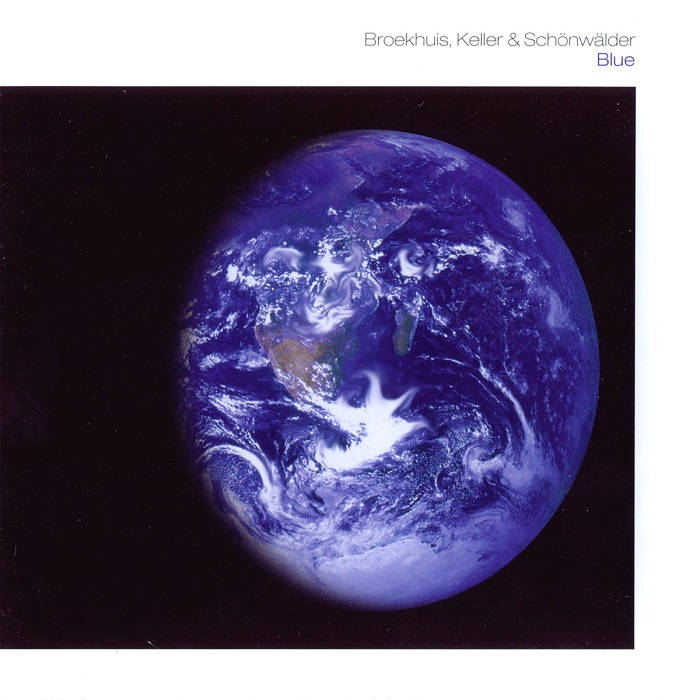 Poretski Cause i am waiting the Nacreous, and
Black albums.

Reviews:
This is the second album of the color of music trilogy produced by the BKS Manikin trio. It was preceded by their 2007 release ORANGE. BLUE contains 3 very long tracks, "Blue 1 & 2" and the closer "Blue & Red" which serves as a perfect transitional segue way into their next installment RED that will complete their journey to the end of the electronic music rainbow. The music on BLUE is one continuous fluid soundtrack of deep vibrating, undulating electronic tone colors (pardon the pun) but that truly describes what is going on with this album. There are sequences, but mostly programmed very differently than classic Berlin school, and layers of synthesizer, but often sounding both atmospheric and melodic simultaneously as the three musicians do very interesting things with their equipment to create a unique musical effect (the album credits contain no listing of just what equipment they use). They do however mention a "Memotron", "Virus Synthesizer" & "VST" instruments (what exactly these are is not explained, except for the obvious). So I can only guess that the unique nature of much of what you hear results from the creative programming of the three musicians.. The actual music ebbs and flows, rumbles and pulses, features surging layers of electronics and ambient waves of synthetic atmospherics - in varying tempos and timbres. Suffice to say BKS have come a long way from their root sources of Klaus Schulze and Tangerine Dream, and with their latest couple of releases have finally opened a new chapter in the annals of German electronic music. That is a major accomplishment my friends...
Archie Patterson, www.eurock.com

Mario Schönwälder is one of the rare Berlin School EM style composers who continue to exploits these same minimalism structures pattern. With today’s gears and exceptional acolytes in Bas Broekhuis on percussions and Detlev Keller on synths, Mario Schönwälder succeed in preserving these slow processions of repetitive chords which evolve among synthesized ethereal strata, emphasizing strikes of percussions and a romantic mellotron. Blue is the 2nd segment of theories of colors, as visualized and putted in music by the German trio. A color that’s harmonizes with the fluidity and limpidity of this Broekhuis, Keller and Schönwälder 11th opus.
Nervous, the first keys of Blue One roll on a great bass structure, warm and waving where, crystalline sequential arpeggios coil up in a total harmony. A progressive minimalism structure, this 1st portion of Blue is delicately shaken and hems in a ethereal ambiance with a magnificent mellotron which throws his wrapping romantic veil on tablas percussions, vestige of an Arabian world. This bluish aura moves quite gently under the skirts of a mellotron which divides its breaths between the bows of violin and cello, while murmuring a soft fluty sound to gentle harmonies. It’s all in softness that the tempo livens up on hesitating sequences which tinkle on more weighted percussions and an even more skin-tight mellotron, transcending an unreal Arabic world. The rhythm sways of a beautiful clearness under a dense mellotron and percussions to always tribal aromas, caressing at the end, the so romantic musical universe of Schulze of Timewind and Mirage years. A magnificent Berlin School, hypnotic which binds itself with heaviness and crash to Blue Two and its eclectic sound ambiguous intro where percussions strike undisciplined measures under heavy synthesized layers. Little by little, Blue Two remolds its acrimonious tempo to shape a strange military pace with its rolling drums and its synth to distant blow of mermaids which hum melodious singings, giving the vague impression of an aquatic immersion. The underwater waves have an unusual backwash effect, molding a wave motion which hangs to the singings of the charmers by fine strummed chords. This mesmerizing melody will survive the numerous rhythmic jerks of Blue Two, who is endowed of a rhythmic course of the most diversified; light movement of zombies’ trance, purely ethereal ambient passages where synths roar such as specters in the twilights and ambient passages to hiccupping sequences. Varied paces for such a complex title, but which keeps its beauty towards this cyclic melody which marries a sound variance more than enchanter.
If Blue Two enjoyed a colorful rhythmic structure, Blue and Red shows a constant rhythmic evolution. Atmospheric opening perturbed by diverse colorful tones, Blue and Red fits the contrast of its colors. At around the 6th minute point, the tempo opens with a beautiful Hawaiian approach to sink into a beautiful bass structure, drowned by multiple synthesized layers which wrap and fly over a soft moderate rhythm. Hopping sequences on synths to mermaid’s breaths, Blue and Red makes a beautiful transition between two colors to paradoxes of tranquility, quite as its progress which goes from warmth ambient to balanced rhythm to end on a good hopping sequence and banging percussions that even the soft mellotron to cello tones does not manage to conceal the latent fury.
Even if we know what to expect from Broekhuis, Keller and Schönwälder, the trio continues to amaze in a musical universe still very near the old roots of Berlin School. Hypnotic and mesmerizing, Blue is the proof that good old Berlin School has still some originality to offers and which it is far from being in the forgetting of the temporal cupboards. Some good old Berlin School dressed by the nowadays technology which preserves this warm approach of the hypnotic and compelling rhythms, as well as the atmospheric ambiances on permutated sequences to hatched jolts, with a touch of aggressiveness which the trio rarely exploits, letting glimpse beautiful sequential possibilities on Red.
Sylvain Lupari Planet Origo, www.planetorigo.com · www.gutsofdarkness.com

This release from 2009 features 74 minutes of highly majestic electronic music.Bas Broekhuis, Detlef Keller, and Mario Schönwälder have once again joined forces to present a tasty selection of electronic music recorded live during concerts scattered throughout 2007 and 2008.On this release there are three long tracks, respectively 23, 27, and 23 minutes in length.
The first track begins with twinkling pulsations with ponderous tones lurking in the mix and delicate heavenly quasi-violin chords surfacing from the glittering pastiche. Engaging bongo rhythms emerge in tandem with synthetic cello strains, the latter devolving into violin embellishments. Fluid tones seep forth and coalesce into a tapestry of undulant threads. Sampled flutes lend a fanciful touch to the majestic music. Those bongo rhythms are still going, establishing a churning propulsion for the overall flow. The melody engages in several subtle variations during its progression, ultimately settling down for a burbling finale...that actually cascades into the next song.
The second piece employs chugging locomotive beats as an intro element while orchestral strings are sustained in a holding pattern of rather intense scope. Liquid sounds emerge, summoning forth whistling keyboards and breezy tonalities to commandeer the tune. Things slide into a congenial passage of sashaying harmonics underscored by tempos comprising refined locomotive beats. Keyboard riffs (among them strident piano keys) commence to capture the flow and goad the tuneage into a pulsating vitality. By this point, the rhythms have cast off simulated railroad aspirations and settle down into more conventional drum beats to add velocity to the music. As the tune progresses, the beats become more erratic (but bewitchingly so) and the piano is allowed to convey a certain grandeur amid the other floating keyboard cycles. The pace and density dwindle for a flutish conclusion...which invariably leads into the last track.
Here, things start off with sparse atmospherics and remote metallic impacts that tastily reverberate. Fragile keyboard chords drift into being, while hints of cacophony wax and wane, eventually coalescing into an alluring cohesion of celestial riffs and snappy tempos that dominate the track for a while, exploring variations as things build to a momentous euphoria. The electronics flourish with stately elegance. The rhythms slide into a sinuous stature with intricately interwoven tempos. Sidereal effects contribute lovely diversions and gradually are sucked into the mix to become full-fledged riffs of their own. Things settle down for a passive ending with sighing keyboards and fading tempos.
While a slow-building structure is still keynote in these compositions, the difference here would be that instead of starting with languid intros, gutsier passages are reached swifter and coaxed to escalate to wondrous complexity.
Matt Howarth, www.soniccuriosity.com